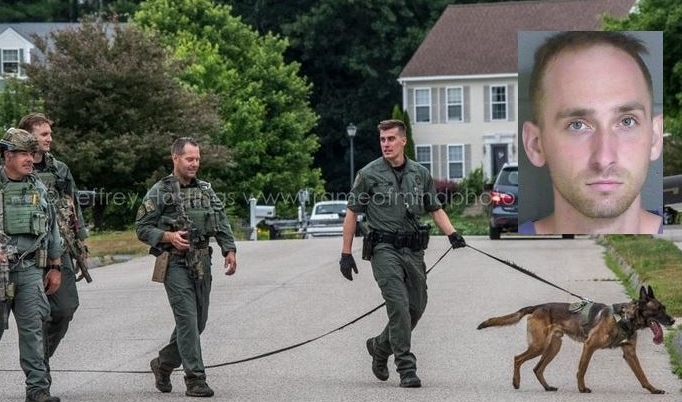 DOVER - A Dover man was arrested on Tuesday after a four and a half hour manhunt by local and state police.

Zachary D. Lajoie, 24, of 4 Roosevelt Ave., was charged with resisting arrest, operating after suspension, as well as criminal trespass, theft, and indirect criminal contempt counts in connection with an incident in Dover on June 17.

The incident began a little before 12:30 p.m. when Lajoie fled toward Dover after Somersworth Police tried to pull him over on High Street.

According to Dover Police, Lajoie, who was wanted on a Capias warrant for meth possession and thought to be armed, fled from a white Honda on Old Rochester Road near Weeks Crossing. A woman from the vehicle was found in the wooded area nearby and was detained.

New Hampshire State Police joined in the search bringing K9 units to assist in the dragnet.

Dover Police used a reverse 911 call to urge area residents to shelter in place during the manhunt.

Lajoie was taken into custody on Old Rochester Road in the area of Sullivan Drive around 5 p.m.