One caught, one sought in Lebanon diner burglary 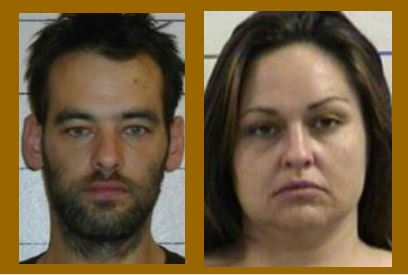 LEBANON - Police are asking for the public's help in locating a Rochester man who is a suspect in the burglary of a Lebanon diner earlier this month.

State police say Dee's Diner on Carl Broggi Highway was broken into between Nov. 2 and 3. Taken in the robbery were money, gift certificates and a tip jar.

After a weeklong investigation, police say they developed Melissa Ramos, 39, of 5A Mooseridge Road, Ossipee, N.H.; and Timothy Hudon, 36, 409 Portland St. as suspects.

Then on Nov. 7 Trooper Tyler Martin found some of the items near a yellow Chevrolet Cavalier with New Hampshire license plates on Salmon Falls Road in Rochester. Evidence at the scene allegedly linked Ramos to the recovered items.

Arrest warrants for the suspects were issued last Thursday, with Ramos found already in custody at Carroll County Jail in New Hampshire on a separate unspecified charge.

Hudon remains a fugitive from justice.

Anyone with information about Hudon's location is asked to call 207-657-3030 and ask for Trooper Martin.