One of Rochester's finest marches into retirement with a final ceremony 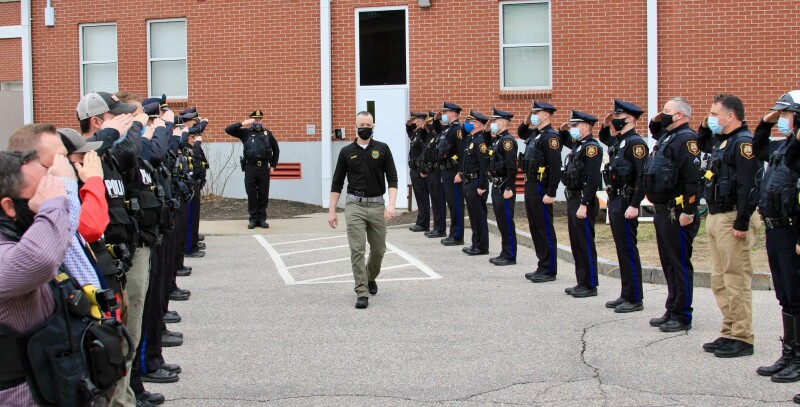 ROCHESTER - Rochester Police Support Sgt. Eric Babine recently called it a career as he retired from the department after 18 years of service, and 22 years in law enforcement.

Babine began his service in Rochester as a patrol officer and field training officer and was later promoted to sergeant in 2008.

According to a congratulatory Facebook post on the department's Facebook page, Babine over the years was involved in the Motorcycle Unit, SWAT Team, bicycle patrol and fleet maintenance.

He also oversaw the dispatch center, and was a mentor to many officers in the department and described as highly respected, the post noted.

Babine's future plans include serving part time as a Housing Officer for Rochester Housing Authority. He also looks forward to spending time with his wife and two children.