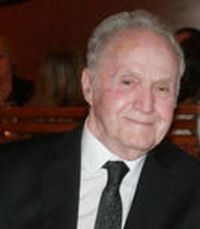 ROCHESTER - Owen A. Webster, 92, died on Monday February 7, 2022, at his home surrounded by his family following a period of failing health.

Born November 5, 1929, in South Berwick, Maine; he was the son of John and Bertha (Gooding) Webster. Owen attended Berwick Academy where he was co-captain of the football team.

Mr. Webster served in the Air Force from 1950 - 1954 during the Korean War. He was a flight engineer. He later worked as a foreman for many years for the Plumbers and Steamfitters Local 131.

Owen enjoyed building model planes, he was an expert of Civil War history. He was an avid Patriots and New York Giants fan. He enjoyed the ocean, and sailing his sunfish on the lake, but most of all he loved his grandchildren who called him "Super Pep." He was greatly loved and will be truly missed.

Members of his family include his wife of 67 years Pauline (Potvin) Webster of Rochester; three daughters Karen Muzzey and her husband Tom, Gail Nelson and her husband Scott, and Lynda Gemas and her husband Bill. six grandchildren Karry Muzzey, Kristy Croft , Erik & Katie Nelson, Nick & Hannah Gemas, and two great grandchildren Brady and Beau, all of Rochester. He has two surviving sisters Joanne Southwick of Champlain, N.Y. and Patricia Thompson of Rutland , Vt.

Owen was a communicant of Holy Rosary church.