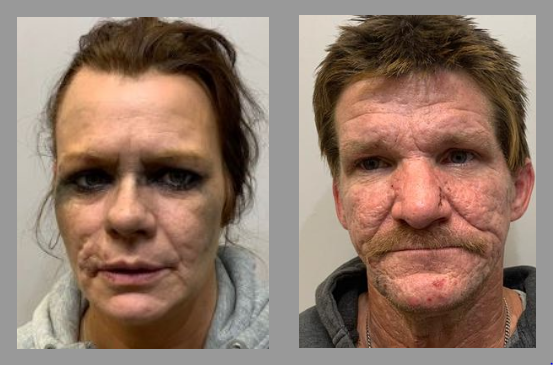 ROCHESTER - A 44-year-old Eastside woman has been arrested in a robbery that occurred at the Lilac Mall Hannaford last month.

Kristyn A. Chaplin-Graham, of 182 Milton Road, turned herself in at the Rochester Police Station around 10 p.m. on Wednesday.

Police had been on the lookout for Chaplin-Graham and an alleged male accomplice since Sept. 13 when the two were said to have been caught shoplifting.

The incident unfolded around 4:40 p.m. when a loss prevention employee tried to intervene as the pair made their getaway from the Milton Road store.

"After being asked to stop several times by two employees, the female became verbally aggressive, refused to stop and pushed a shopping cart at an employee, striking them," Rochester Police Capt. Todd Pinkham said shortly after the incident. "She became combative and fled in a vehicle with a male."

The pair left in what was described as a green Chevrolet pickup.
Since she allegedly used force in the theft Chaplin-Graham was charged on Wednesday with robbery; and theft by unauthorized taking, with two prior convictions.

Her alleged accomplice, Michael Hussey, 47, formerly of Academy Street, was arrested on Oct. 5. He was charged with misdemeanor theft and released on personal recognizance with an arraignment in Rochester District Court on Oct. 26.

Chaplin-Graham, however, faces Class B felony robbery charge that could put her behind bars for up to seven years.