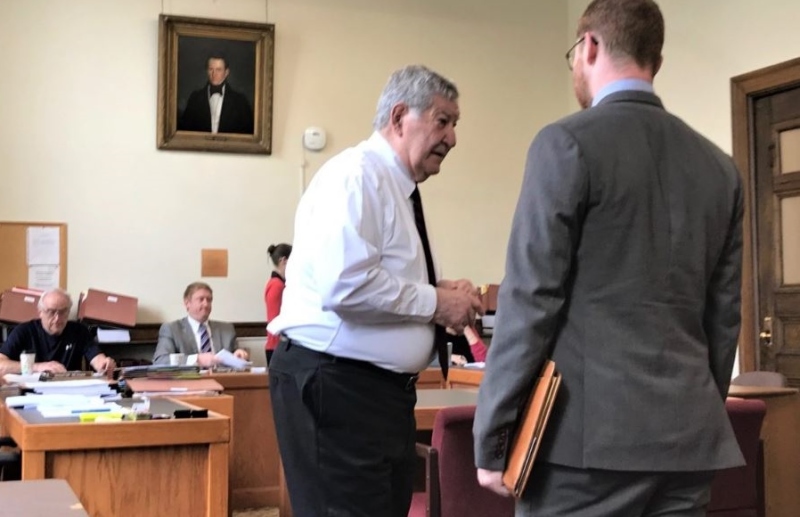 CONCORD - The Joint Legislative Fiscal Committee voted to table a $46 million grant on Friday that would double the number of charter schools in New Hampshire infuriating Republican Gov. Chris Sununu.

The Fiscal Committee cited budgetary concerns and an unknown impact on the charter schools already operating in tabling the federal funds and added that New Hampshire has just established a two-year study commission on public education funding as part of the bipartisan budget.

Sununu who noted that every Democrat on the committee voted to table the proposed grant, said they should be ashamed of themselves for turning their backs on New Hampshire's students.

"This game-changing grant would have cost New Hampshire taxpayers nothing and would have supported public charter schools across the state," Sununu said. "It is clear that Democrats would rather see these innovative, public-school programs fail rather than support our successful system. It is a sad day for New Hampshire when improving educational outcomes becomes a political issue for Democrat-leadership."

Sununu said the grant was the largest in the country and would have meant $10 million in this biennium alone.

The Fiscal Committee and Sununu offered their remarks in dueling press releases sent to news outlets across the state, including InDepthNH.org, the way so much information is being disseminated from Democratic and Republican leaders.

Senate Finance Chair Lou D'Allesandro, D-Manchester, said: "These grant dollars do not come without strings attached--they require investments from the state not accounted for in the current two-year budget and pose unanticipated costs to municipalities, including transportation costs for in-district busing."

D'Allesandro said it is prudent legislators weigh this decision carefully while looking at the full education landscape in New Hampshire and the potential impact doubling charter schools in our state would have on students, school districts, and the charter schools already operating in the state.

House Finance Chair Mary Jane Wallner, D-Concord, added, "The Legislature just negotiated a budget package that allocates the most state funding for education in at least twenty years, and work has begun on the Commission established in the budget to study long-term solutions for public education funding in New Hampshire.

"Without further information and a more comprehensive review, it would be fiscally irresponsible to move forward with this grant, which represents an end-run around the budget that ties our hands and commits state dollars years into the future," Wallner said.

"New Hampshire's success with public charter schools won us this grant, the largest of its kind in the county. The 2019 assessments showed a higher percentage of public charter school students reaching proficiency in 7 out of 8 categories, including a 13 percent advantage in 11th Grade Science," Edelblut said.

"This grant would build on that success by giving both public charter and traditional district schools a chance to try new ways to reach students most at risk. We should focus on students, rather than defending the status quo," Edelblut said.