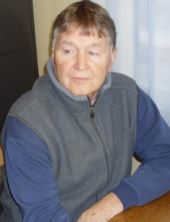 The announcement came after a brief executive session held by selectmen.

Torno said Patch's brother, Robert Patch, would take over as interim lead attendant, with an extra dollar to be added to his hourly pay.

Ronal Patch, who was the transfer station manager for many years, formerly received $16 an hour compared to other employees, who received $12. It is expected that Robert Patch will now receive $13 an hour as lead attendant.

Transfer Station employees are currently considering whether to be represented by Teamsters Union Local 340, which also represents some town offices personnel.

Robert Patch said today he was pleased to be the interim lead attendant and that he expects few changes now that he's accepted the position.

He said he has worked at the transfer station for seven years.

He also said there still had not been a vote on whether to unionize or not.