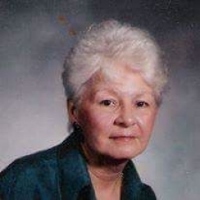 ROCHESTER - Patricia A. LaPointe, of 6 Kenwater Ave., in Rochester, formally of Lone Star Ave., in Farmington, passed away on Wednesday, March 8, 2017. She was born on August 15, 1940, in Farmington to Rachael and Ralph Gullison.
Pat grew up in Farmington, and graduated from FHS in 1958. After graduation she went to Washington DC on a Secretarial Internship. She ran a daycare from her home in the late 60's and 70's. She worked at Davidson Rubber in Farmington for several years and was a Top Sticher at Alton Shoe in Farmington.
Pat married Ronald Lapointe in 1960 in Laconia, N.H. They raised their family of four children in Farmington on Lone Star Ave. Pat enjoyed camping at their family camp, fishing, knitting, and was a wonderful seamstress. Pat made all of her children Teddy Bears, afghan's, and amazing quilts, every year for Christmas to show her love for them, that they will cherish forever.
Pat was a very kind and giving person to the end, and will hold a special part of the hearts of many.
Pat is survived by her cherished dog Angel; her sons Steven and significant other Peggy of Farmington, Michael and his significant other Elaine of Florida, Kevin and his wife Tina of Milton; her only Daughter Kelly and her fiancé Steve of New Durham; her three Grandchildren, Joseph Lapointe, Steven Lapointe, and Samantha Fitzpatrick; her Brother Gerald Gullison and wife Joyce of Farmington; and Sister Carol Bickford and significant other David of New Durham.
Pat was pre deceased by her soul mate John Marshall; her parents Ralph and Rachel Gullison; siblings Ralph Gullison Jr., Edwina Dore and Allen Gullison.