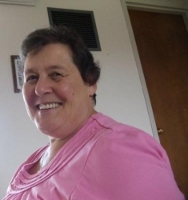 DOVER - Patricia (Pat) Ann Harvey, 77, of Green Street, died on Tuesday, July 14, 2020 at Wentworth Douglas Hospital after a brief battle with cancer. She was born in Somerville, Mass., on March 19, 1943 and was raised by her Aunt and Uncle, William and Irene Stivers.
Pat dedicated her life to making sure her family and friends were cared for and loved, especially her grandchildren. She never missed a sport or music event in all the years that her grandchildren participated.
Pat was predeceased by her Aunt and Uncle. She is survived by her son, Robert Harvey and his wife Lisa of South Berwick, Maine, her grandchildren Tara and Dylan Harvey of South Berwick, her best friend, Priscilla Baker of Dover, as well as many other cherished family members and close friends.