Paul R (Cooch) Couture ... had a love for fast cars 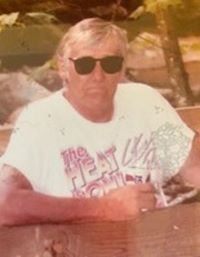 ROCHESTER - Paul R (Cooch) Couture, 80, of Rochester died peacefully at home surrounded by family. Paul was born on March 3, 1941. Paul went to school in Dover and played on the football team when he was in high school.

He was a heavy equipment operator and mechanic. He worked in Boston at the Porsche garage then spent most of his life working with heavy equipment and retired from Ossipee Aggregate in the '90s.

He had a love of fast cars and motorcycles. He loved to take long motorcycle rides with his buddies including Paul Bourque. He was an avid NASCAR fan and never missed a race. His favorite driver was Dale Earnhart. He also raced at New England Dragway with one of his best friends Gozzie from Farmington.

He also loved his "Checkmate" which he cruised on Lake Winnipesaukee.

Members of his family include his Wife of 22 years, Cindy (Marble) Couture, His daughter Franny Welch and her husband Rod, his other daughter Amanda Rondeau and her husband Eric, son Shane Sprague and his partner Jack, 1 grandson that he adored William Paul Rondeau and his beloved cat Khloe Couture.