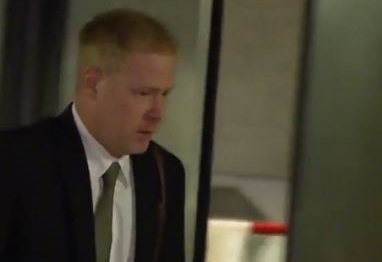 CONCORD - A Dover man has been sentenced to four years in prison for participating in a scheme in which he received kickbacks in exchange for prescribing a powerful fentanyl spray to patients in violation of federal law.

Court filings and statements made in court showed that Christopher Clough, 45, worked as a physician assistant in the area who in June 2013 became a frequent prescriber of a fentanyl spray that had been approved by the Food and Drug Administration to treat breakthrough cancer pain.

During the time he was writing these prescriptions, the manufacturer of the drug paid Clough to serve as a speaker at more than 40 programs at a rate of approximately $1,000 per event. In many instances, the programs were merely sham events where Clough was paid to have dinner with employees or representatives of the pharmaceutical company.

During most dinner programs, Clough did not give any kind of presentation about the drug. Clough and others also often forged signatures of attendees on sign-in sheets in an effort to make the dinners appear to be legitimate. Evidence at trial demonstrated that Clough received over $49,000 in payments from the drug manufacturer.

Clough often prescribed the drug for patients who did not have breakthrough cancer pain. He often started patients on high doses of the addictive fentanyl spray and rebuffed patients and their family members who stated that they no longer wanted the drug.

Clough was convicted of one count of conspiracy and seven counts of receipt of kickbacks in relation to a federal healthcare program.

"Mr. Clough's actions were a disturbing betrayal of his patients' trust," said U.S. Attorney Scott W. Murray. "Rather than making his prescribing decisions based upon the needs of his patients, his decisions were tainted by the kickbacks he was paid by a pharmaceutical company. This substantial sentence should serve as a warning to all health care providers in New Hampshire that there will be severe consequences if they choose to engage in criminal conduct."

This matter was jointly investigated by the U.S. Department of Health and Human Services Office of the Inspector General, the Federal Bureau of Investigation, and the Drug Enforcement Administration's Diversion Control Division. The case is being prosecuted by Assistant U.S. Attorneys Charles L. Rombeau and Seth R. Aframe.