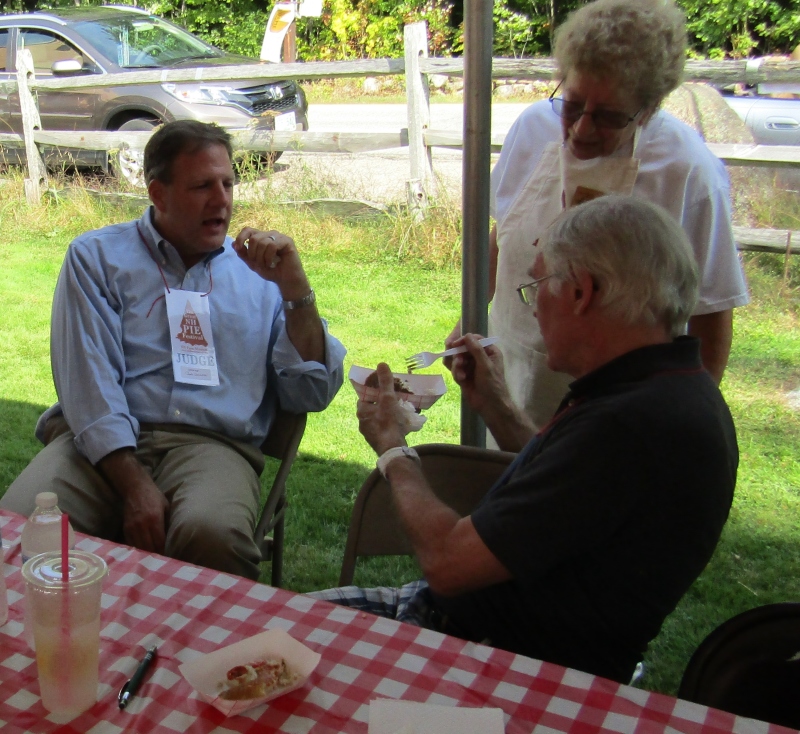 New Hampshire Governor Chris Sununu, a Republican; and District 1 Executive Councilor Michael Cryans, a Democrat, worked together on Sunday to determine a winner in the Great NH Pie Festival at the New Hampshire Farm Museum in Milton.

Republicans and Democrats can get together to choose a winner at a New Hampshire pie-baking contest, but in Washington they can't even agree whether the weather is warm and sticky or hot and humid.

Most newly elected presidents get about 90 days to push through their most prized legislation until it gets bogged down in partisan gridlock.

In the case of President Trump, he didn't even get 90 minutes.

Today, if the president wanted to declare a "Let's eat healthy day" even it would die a slow death in some House committee circular file.

So how in the world did the governor and the councilor get this done?

Well, they were given a mandate, a process to determine a winner and a timeframe in which to do it.

There was no special prosecutor, no $30 million investigation with 20 attorneys all being paid a couple of hundred thousand bucks a year to determine if their was malfeasance, influence peddling or collaboration among pie judges.

No, none of that.

Just a couple of guys told to do a job in a limited amount of time and they did it.

So Washington, if you're listening, just find out how the honorable governor and councilor did it ... without even yelling at each other.