Play anything, anywhere maestro Pratt-Lu on the Square Friday 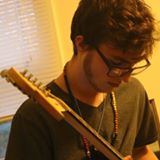 ROCHESTER - Musician Austin Pratt-Lu is the feature performer for the July 21 Music On The Square Concert in downtown Rochester.

Pratt-Lu is a musician who plays nearly everything. He plays mostly acoustic music, however, he loves to play electric. He's been studying music theory along with vocal performance for the last six years. He also has been playing the guitar for nearly four years.

Not only does he play almost anything, he'll go anywhere to do it, including street performing, weddings, restaurants, charities and other gatherings.

In his the earlier years he starred in many roles on stage, and pursued the career of acting. Later, he found his passion in music, auditioning for American Idol and passing, but turning it down.

The concert is presented by Rochester Main Street and sponsored by Federal Savings Bank and a grant from the NH State Council On The Arts/National Endowment for the Arts.

The concerts are held every Friday from 11:45 am until 1:30 pm. Concertgoers are asked to "bring a chair and buy or bring a lunch" to enjoy a musical performance in the heart of downtown Rochester.

Music On The Square Concerts are held weekly through August 25. In case of inclement weather the concert will be cancelled. Free parking nearby is available at the North Main, Union and Congress Street Parking lots. For more information please contact the Rochester Main Street office by calling 603-330-3208 or email director@rochestermainstreet.org.. The series continues on Friday, July 21 with Blues artists Poor Howard & Bullfrog.