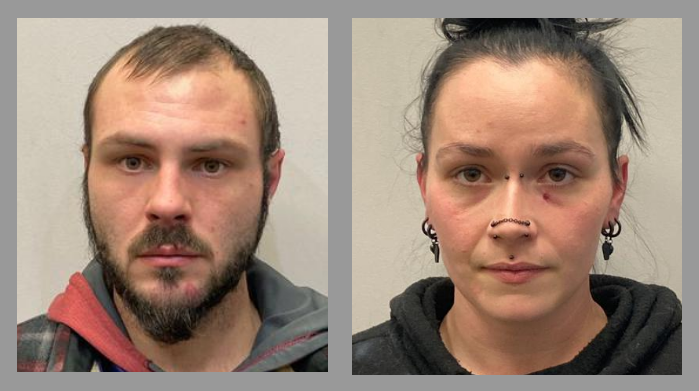 ROCHESTER - A Rochester woman was tased by police after she resisted arrest following a late night traffic stop on Friday.

Police arrest logs released on Tuesday showed the incident occurred on Harrison Avenue around 10;25 p.m. as an officer was conducting a traffic stop, when the driver, identified as Troy G. Cairns, 27, of Four Rod Road, began to get out of the car and walk away, Rochester Police Capt. Todd Pinkham said on Wednesday.

Meanwhile, the female passenger in the vehicle. Kyra A Fitzpatrick, 27, of Harrison Avenue, was yelling at the officers and not complying with directions, according to Pinkham.

"She tried to get back in the vehicle, however the officers told her not to and she began to resist," Pinkham said. "As they attempted to detain her she continued resisting to the point where a Taser was used to take her into custody."

Cairns and Fitzpatrick were both charged with resisting arrest/detention, a misdemeanor.

Jail records showed today that neither Cairn nor Fitzpatrick were held at the jail Friday night.

Rochester Police did not immediately release the cause of the traffic stop.

Pinkham said they are currently compiling 2021 statistics, which will include how many times Tasers were deployed on subjects during the year.

Rochester Police did not release the cause of the traffic stop.