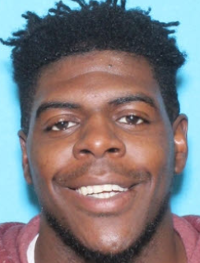 BEDFORD - A Massachusetts man was arrested by State Police early Thanksgiving day after he apparently parked his car in the middle of Interstate 93 and passed out, later brawling with State Police after they entered the vehicle and awakened him.

The incident unfolded around 5:50 a.m. when Troopers from the New Hampshire State Police Troop B Barracks in Bedford were dispatched for multiple reports of a vehicle parked in the middle of the highway with no lights in the area of Exit 9S in Hooksett.

Upon arrival, Troopers located a Black Jeep Liberty stopped in the middle of the roadway with a male subject passed out and slumped over in the driver's seat with the vehicle still running, according to a press release issued today. According to the release, Troopers made multiple attempts to wake up the driver but were unsuccessful. Medical personnel were then requested as Troopers were able to gain access to the vehicle.

In doing so, however, the male subject woke up and refused to comply with the Troopers' requests. A struggle ensued as the Troopers attempted to take the man into custody. During the altercation the subject made a brief attempt to drive away from the scene and momentarily dragged two Troopers with him before he was removed from the vehicle, tased, and arrested.

Quincy Suh Ambe, 28, of Lowell, refused medical attention and was transported to the Merrimack County House of Corrections for booking. He was charged with felony reckless conduct by use of a deadly weapon, DWI and resisting arrest or detention. Suh Ambe was released on personal recognizance bail with a Merrimack County Superior Court date to be determined due to COVID-19.

Two lanes of I93 South in this area were shut down for around one hour during this incident.

There were no injuries sustained to the Troopers on scene. Anyone who may have additional information regarding this event is urged to contact Trooper Robert Bifsha at 603-223-6161 or Robert.Bifsha@dos.nh.gov.