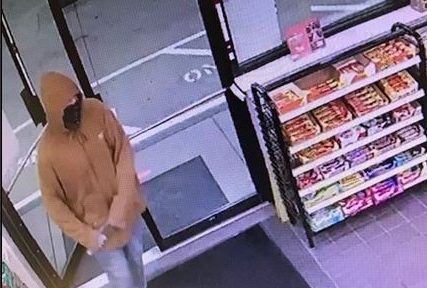 ROCHESTER - Rochester Police are searching for a man who robbed the Milton Road Nouria gas station at knifepoint on Monday.

The robbery occurred around 8:20 p.m. at the 198 Milton Road location formerly known as the Milton Road Shell.

Police responded after receiving a call that a male entered the store, brandished a knife, demanded money and fled on foot with an undisclosed amount of money.

The suspect had on a black face covering and was wearing a yellowish/mustard colored hooded sweatshirt/jacket with blue jeans and black and white sneakers. He is described as a white male, around 5'8" with average build.

Police attempted a K-9 track, but it was not successful.

No one was injured during the robbery.

Police are asking that anyone who may have any information pertaining to the robbery contact them at 603-330-7128. Tipsters can also provide information and remain anonymous by calling the Rochester Crime Line at 603-335-6500 or Text to: CRIMES (274637) Body of Text: TEXT4CASH + your tip. Cash rewards are offered for information that leads to an arrest.