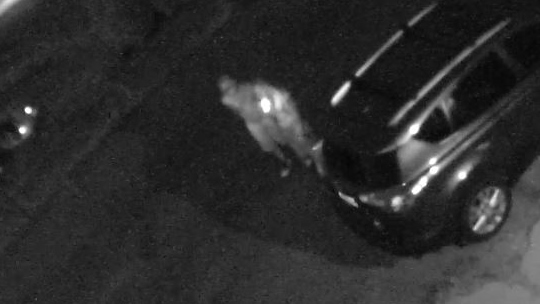 Police are looking to identify the two individuals seen in surveillance video from the scene.

SANFORD, Maine - Sanford Police and the state Fire Marshal's Office are hoping the public can help in identifying two persons of interest in a suspected arson fire that broke out in Sanford early today.

First responders were called to the blaze at 26 Montreal St. around 4:25 a.m. Sanford Fire and mutual aid from surrounding town battled the fire, which quickly spread to 24 Montreal St.

All eight occupants who lived at the two structures got out safely and are OK, police say.

Several nearby houses were also evacuated as a precaution.

The Office of State Fire Marshal responded to the scene and found the fire to be arson.

Video surveillance footage was obtained from a neighboring residence. Currently, the Sanford Police Department in conjunction with the Office of State Fire Marshal is looking for assistance in identifying the two individuals seen outside of 26 Montreal St. minutes before the fire was reported.

Anyone who may have information regarding the fire or the individuals seen in the video, please contact Detective Colleen Adams at 207-324-9170 ext. 226. Tipsters can also leave anonymous tips on Office of State Fire Marshal Arson Hot Line at 1-888-870-6162.