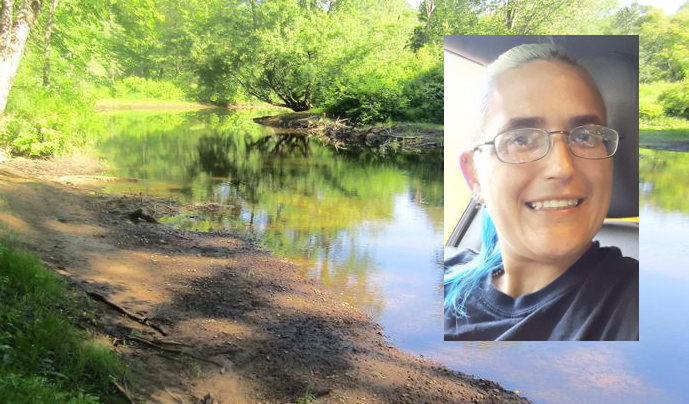 EAST ROCHESTER - State Marine Patrol officials remain eerily silent on the circumstances that led to a Rochester woman's drowning in the Salmon Falls River earlier this month.
After multiple attempts to gather more info from state police, the Rochester Voice received an email late Thursday afternoon from Marine Patrol Sgt. Joshua Dirth, which read, "The situation you are inquiring about is still under investigation; there is nothing further that can be released at this time."
The Voice had asked Marine Patrol to clarify whether there were any witnesses to what happened and whether there were any natural hazards within the river that would imperil those who use the swimming hole at the end of Stair Falls Drive to cool off on hot summer days.
It should be noted that while Marine Patrol titled their initial press release on the death of 40-year-old Doreen Allen "Drowning on Salmon Falls River" and most media outlets reported it as such, the initial paragraph reads that NHSP communications "received a call regarding a possible drowning on the Salmon Falls River."
Allen's family is also anxious to find out what led to her death.
"We just hope that we can get answers," family member Stephanie Westphal said last week.
Allen was pulled from the water by responders shortly after state 911 dispatch received a call around 4 p.m. on July 7.
She was taken to Frisbie Memorial Hospital where she was later pronounced dead.
The area where Allen drowned is a lazy part of the Salmon Falls River where children often cool off in the summer, neighborhood residents told The Rochester Voice.
The land where the Stair Falls development meets the river - less than a minute walk from the Stair Falls Drive cul de sac - is owned by the neighborhood's association. It is private land, but the association doesn't strictly enforce trespassers, said one local.
Several years ago, the area of the swimming hole was frequented by homeless individuals, but police chased them out, one Stair Falls Drive resident said.
Newly installed Rochester Fire Chief Dennis Dube said that the location where Allen drowned was slightly north of where a beaten path from the cul de sac meets the river.
Safety officals urged caution in the wake of the tragedy, but failed to cite any specific hazards.
The swimming hole is a short distance from the end of Stair Falls Drive in East Rochester near Keay Field and Crow Hill Drive.
A Go Fund Me page has been put up to help the family with final expenses. Donations can be made by clicking here. So far it has raised $2,900 of its $5,000 goal.
Meanwhile, the family remains grief-stricken over their loss.
"She truly was such a kind human being," said Westphal. "And her ending isn't fair."
Anyone who witnessed the incident is encouraged to contact New Hampshire State Police - Marine Patrol Sergeant Joshua Dirth at Joshua.E.Dirth@dos.nh.gov or (603) 227-2115.