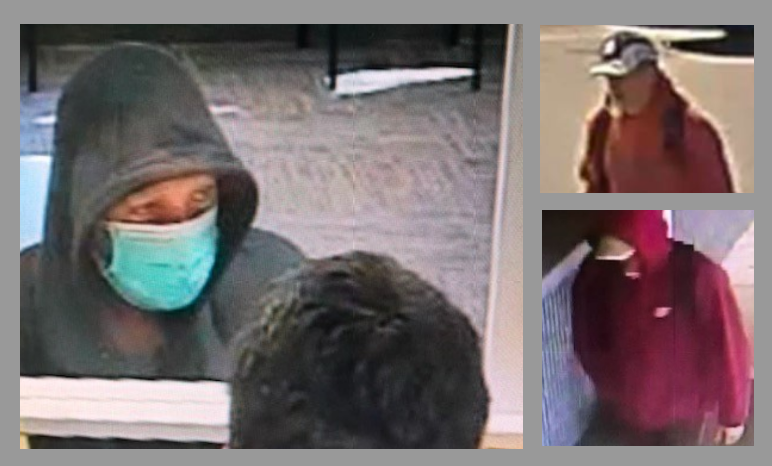 ROCHESTER - A Rochester Citizen's Bank was robbed on Friday by a suspect who fled on a bicycle, the third such heist in less than a month.

Police say the suspect walked into the branch at 1 North Main St. around noon before he fled from the scene with an undisclosed amount of cash. No other details of the robbery were initially released.

The suspect is described as being a around 5'8" with average build. He was wearing a dark colored hooded sweatshirt, blue jeans and hiking type shoes with orange on the soles. He had on a backpack.

A State Police K9 attempted a track, but it went cold.

Similar heists were carried out at the Citizen's Bank inside Hannaford in the Lilac Mall on Sept. 11 and 21.

No arrests have been made in either case, however, police investigations continue.

Police are asking that anyone who may have any information pertaining to the robbery contact them at 603-330-7128. You can also provide information and remain anonymous by calling the Rochester Crime Line at 603-335-6500 or Text to: CRIMES (274637) Body of Text: TEXT4CASH + your tip. Cash rewards are offered for information that leads to an arrest.