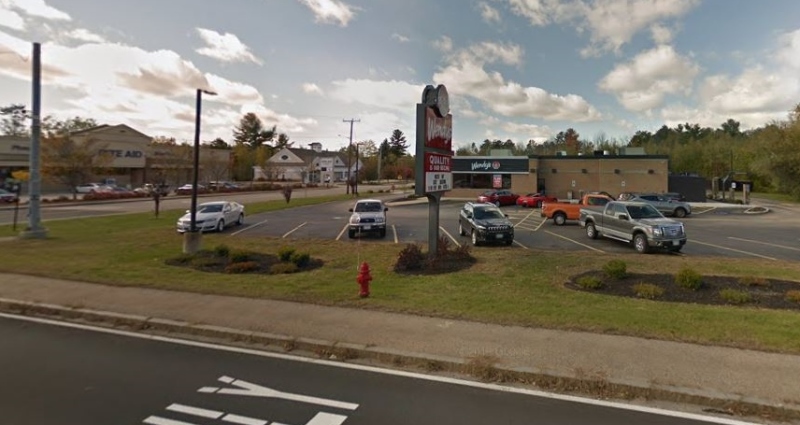 The Wendy's where a roadside incident that may be related to a medical issue occurred on Wednesday. (Courtesy photo)

ROCHESTER - Police are investigating a possible hit-and-run that may have occurred at Wendy's on Wednesday.

The incident unfolded as police were notified around 4:10 p.m. that a white vehicle had driven onto the lawn at Wendy's at the corner of Wakefield Street and Chestnut Hill Road.

According to police reports culled from dispatch notes, the car had been stopped in the road prior to driving onto the restaurant's lawn. A female caller subsequently reported that when people sought to assist the driver, he left the scene and ran over her boyfriend's foot.

Within the dispatch notes, The Strafford County Sheriff's Office is said to have reported that the same car hit a tree in Milton.

And moments prior to the Wendy's incident, dispatch noted that a caller reported a white Nissan had stopped in the road downtown and was last seen heading north past the fire station on Wakefield Street.

According to police dispatch, they made contact with the operator at Frisbie Memorial Hospital and were investigating.

Meanwhile, the man was not arrested due to the Milton incident as it was believed to be a medical issue.

Police also never made contact with the man whose foot was said to have been run over at Wendy's.

Rochester Police Capt. Todd Pinkham said today police were still sorting through what happened to verify the medical issue and see if the victim's foot was hurt or not.