Police: Rochester man was shot in self defense after altercation over sex 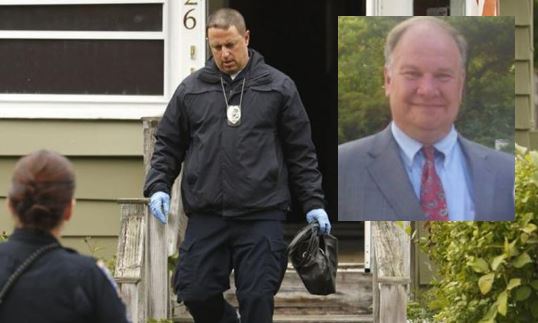 AUGUSTA, Maine - Maine State Police today said the Rochester man killed in a Saco duplex last September had come to the apartment looking for sex offered in a Craigslist ad when he was shot in self defense by the apartment's tenant, who was an acquaintance of the female he had come to see.

Maine State Police spokesman Stephen McCausland said Mike Burns, 54, of Rochester, had come to the apartment seeking sex from the woman, who reneged on the offer after Burns had paid her $100.

Investigators concluded that Burns then went back to his vehicle, "retrieved a knife and threatened her," McCausland said, whereupon the tenant of the apartment shot Burns three times. He died from the wounds.

McCausland said it wasn't clear who had placed the ad for sex. He said the woman had been staying at the apartment at the time of the incident.

The day after Burns was fatally shot police said in a press release that he had been killed by a single gunshot wound to the head on the front porch of 26 Nye. St., a Saco duplex, early the morning of Sept. 30.

A transcript of the 911 call made immediately after the shooting and obtained by The Rochester Voice last month indicated that the caller said an intruder had come at him with a knife.

The transcript begins with a 911 dispatch specialist asking, "What's the address of your emergency," to which the caller replies, "Some guy was tryin' to break in my house and stab me."

The 911 dispatcher then asks for the caller's home town.

"I shot him. I shot him," the caller replies.

Burns, a beloved local Boy Scout troop leader and self-employed computer technician, graduated from Berwick Academy and Norwich University, a military school in Vermont. He leaves behind two grown sons both serving in the military.

McCausland said today the case was so long in being solved because it was a "complicated one and required many interviews and reinterviews, ballistics tests, crime lab analysis and several meetings of investigators working with the AG's office."

He said the AG's office concluded last month no charges would be filed.