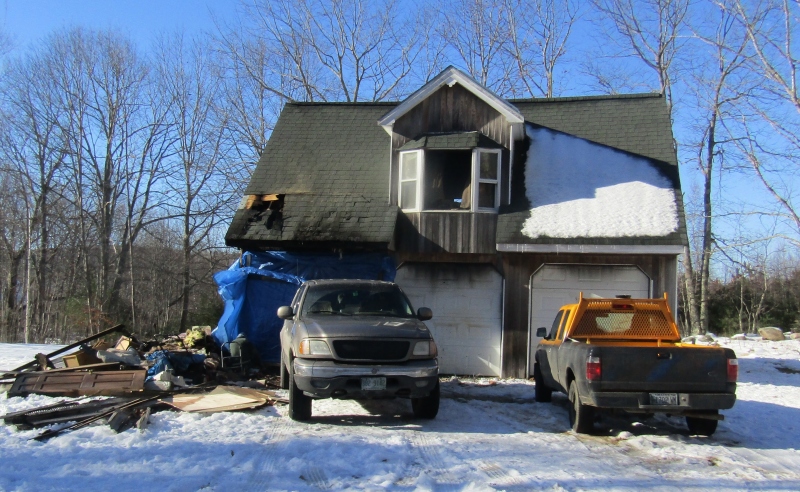 Demolition workers and safety officials were on hand Thursday at the scene of Wednesday's fire .(Rochester Voice photo)

Fire Marshals and State Police have been investigating the death of James Avery since firefighters were called to his home at 72A Shapleigh Road late Wednesday morning. Fire Marshals say the fire was set inside the home, likely from a flammable liquid.

Investigators say Avery set the building on fire and then shot himself. A gun was found near his body and a gas container was located nearby.

On Thursday Lebanon Fire and EMS Interim Chief Dan Matthews, an insurance adjuster and the property owner were seen viewing the rubble left by the fire, which broke out yesterday around 11:45 a.m. Avery's body was found in a second floor apartment.