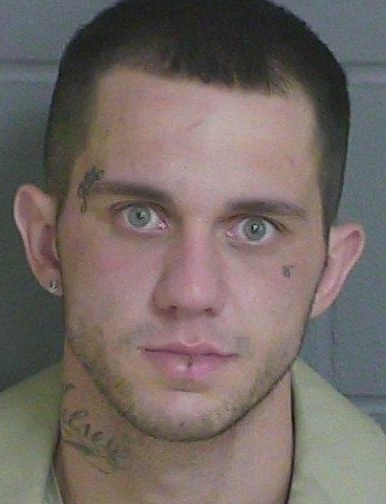 DOVER - A Dover man was charged on Sunday in a pair of burglaries that occurred in the Garrison City earlier in the day.

Jack Haycock, 24, was found walking on Central Avenue near Old English Village Road Sunday evening wearing shorts and a trench coat, an item that was believed to have been stolen in the second of two thefts earlier in the day.

An officer initially arrested Haycock on an outstanding bench warrant stemming from a failure to appear in court regarding a Criminal Trespass case, but after analyzing evidence gathered by DPD Crime Scene Unit members and DPD patrol officers, detectives then arrested Haycock - who was still in police custody - on two counts of Burglary, both felonies.

The pair of incidents began to unfold around 1:50 a.m. when officers responded to an Auburn Street residence after a homeowner reported he had discovered and confronted an unknown man wearing shorts and no shirt in his residence. The man stole some electronic devices before fleeing the residence prior to police arrival, according to a statement sent today from Lt. Brant Dolleman.

Then later on Sunday around 4 p.m. police were called to a commercial building at 6 Old Rochester Road, where a cleaning crew had confronted an unknown male in the building wearing a trench coat, who fled prior to police arrival. It was later learned the trench coat had been stolen from one of the businesses at that location.

Around 7 p.m. another Dover officer located Haycock walking on Central Avenue near Old English Village Road wearing a trench coat and shorts. The officer initially arrested Haycock on the outstanding bench warrant. Soon after he was arrested and charged with two counts of burglary, both Class B felonies.

Haycock was held on $5,000 pending his arraignment this afternoon today in Strafford County Superior Court.