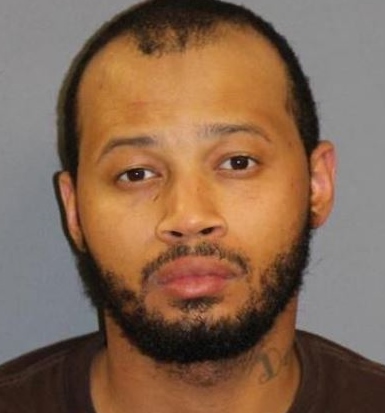 DOVER - Police say a suspect in a domestic violence incident on Thursday struggled with police during his arrest and attempted to grab items from an officer's duty belt before being secured in a cruiser.

The incident unfolded just before 5 p.m. as Dover Police officers responded to an address located within the Whittier Falls Housing Complex after receiving a 911 call regarding a domestic disturbance involving a physical altercation between a man and woman.

Upon arrival, officers observed a male subject, later identified as Edmonds, picking up clothing strewn about the front lawn of the residence. Upon seeing the officers approaching, Edmonds ran into the woods behind the residence, according to an incident press release. Officers gave chase and observed Edmonds throwing items while running.

Edmonds was eventually caught and taken into custody at which point he was found in possession of a small bag of white powder suspected to be cocaine, the release stated. Officers then searched the immediate area and located eight additional bags of what appeared to be the same material nearby.

Officers escorted Edmonds out of the woods at which point he complained of dizziness so an ambulance was called. Edmonds then tried to break free of the officers and run away while being escorted to the ambulance. The officers prevented Edmonds' escape at which point he then began grabbing at items on one of the officer's duty belts. Edmonds was then able to be secured in a cruiser and transported directly to the Strafford County Department of Corrections to be bailed. Other officers were able to speak with the female party inside the residence. The woman identified herself as Edmonds' girlfriend and explained that she and Edmonds had been involved in an argument. She reported that Edmonds threw plates, dishes and glasses at her during the argument which caused a cut to her foot, according to the media release. The woman also reported that Edmonds took her phone away from her as she tried to call 911 and smashed it on the floor.

Edmonds was held on preventative detention pending an arraignment at Strafford County Superior Court. Anyone with additional information regarding this incident is asked to contact the Dover Police Department. Media inquiries concerning this case can be directed to the on duty shift commander at 603-742-4646.