Police tight-lipped on reason for presence in West Lebanon today 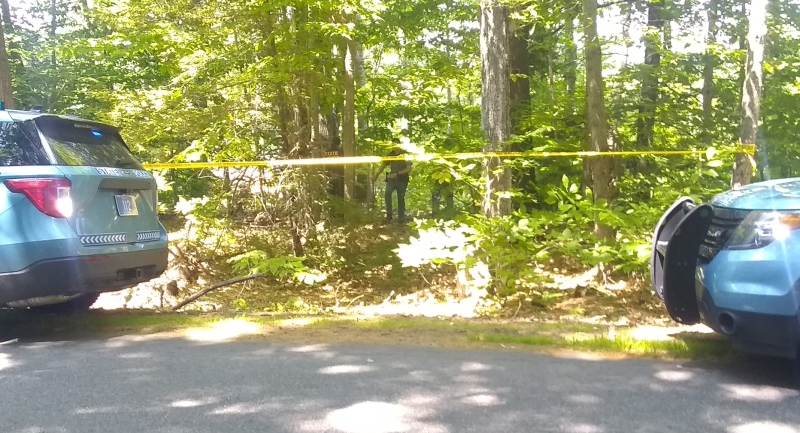 WEST LEBANON, Maine - Several marked and unmarked State Police vehicle were lined up on TM Wentworth Road today, but troopers remained tight-lipped regarding the reason for their presence there.

A Maine State trooper assured residents there was nothing to be alarmed about, and Maine State Police Cpl. Doug Cropper told The Rochester Voice it was not an active scene. He said more information about the matter will likely be released later today.

"Right now we're waiting for more people to arrive," he said, adding that the focus of their activity there today was about 100 yards into the woods.

The location where they were set up is about a half mile from where a West Lebanon man is thought to have left his pickup truck car after a domestic violence incident on April 26, 2017.

Police said they found a lot of blood in the truck when they found it, but that Dale Godfrey, 52, who was known to carry box cutters in his truck, was never found despite a large search effort in nearby woods. In September 2017 a Maine Dept. of Safety dive team scoured the depths of the south end of Milton Three Ponds near the Garage Way dam.

Police have theorized all along that Godfrey may have succumbed to self-inflicted wounds and that his body may be either in the woods near where the truck was found or somewhere in Milton Three Ponds.