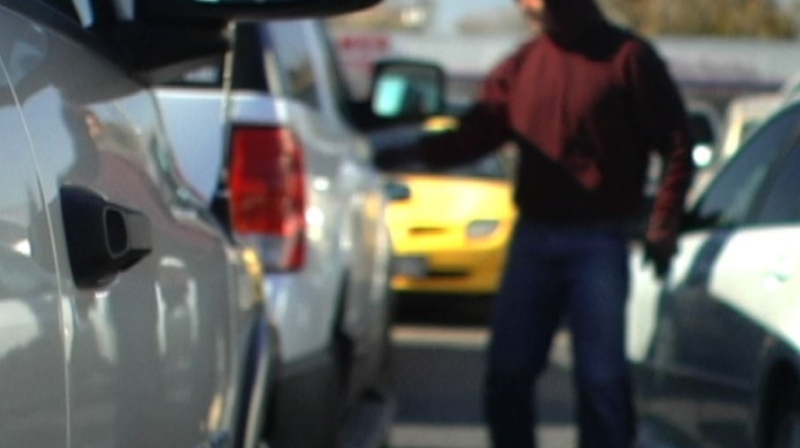 Police say it is extremely rare for these criminals to actually break their way into a locked car. (Courtesy photo)

ROCHESTER - After a recent spate of thefts during car break-ins Rochester Police today urged residents that with the summer months upon us it's more important than ever to lock their cars, especially during overnight hours.

During these thefts, the perpetrators typically target unlocked vehicles where valuables are visible from the outside and/or easily located inside the vehicle, Pinkham noted. He added that the individuals involved rely on their ability to access a large number of vehicles while circulating through a neighborhood and rarely force entry, which could alert victims.

Pinkham said there were 17 reported break-ins in May, but that doesn't represent the scope of the problem, explaining that many victims call police to let them know their vehicles were burglarized but don't want to give their name or file a report, especially if nothing or something of little value was stolen.

He said key to not being a victim is to simply lock your car doors.

In fact it is extremely rare for these criminals to actually break their way into a locked car. In 2018 of some 120 car break-ins reported to Rochester Police, 110, or 92 percent, were unlocked, Pinkham said.

Police say other safeguards against break-ins include parking your vehicles in a garage or driveway, using exterior residential lights and motion detectors and installing surveillance cameras.

Offenders are subject to anywhere from a Class B misdemeanor to a felony depending on the value of property stolen and their criminal history.

Residents are urged to report any suspicious behavior to the Rochester Police Department during the overnight hours by calling (603) 330-7127. Tips can be reported anonymously by calling the Rochester CrimeLine at (603) 335-6500 or by texting tips to CRIMES (274637) with TEXT4CASH in the body of the text. Up to $1,000 is awarded for tips that lead to an arrest.