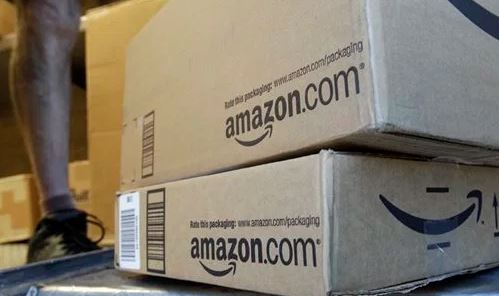 Tis the season ... of giving, and for taking. (Courtesy photo)

SANFORD - Sanford Police are warning the public today about a possible holiday scam in which a suspect engages Good Samaritans to retrieve shipped packages from porches and front steps, possibly to avoid being photographed by surveillance equipment.

The disturbing case unfolded on Friday when police responded to a residence on Whichers Mills Road for a report of a theft. The victim had a package that was stolen off his front steps and had captured an image of a female taking the package which was posted on the Sanford Police Facebook Page.

When the female suspect learned of the social media post - which as of today had 3,600 shares - the female suspect came forward and was cleared based on information she gave police about a man who asked her to bring him the package.

The former suspect said she was driving on Stebbins Road and was flagged down by a male 55-65 years old with short facial hair, a brown duffle bag on his shoulder and using a walking stick.

The female stopped and spoke with the male, who said he became "winded" walking to his brother's house, but left his box on his front steps, pointing to the victim's residence. She was asked if she would pick up the box for him, which she did.

The female Good Samaritan said she was offered money for her troubles, but she refused and proceeded to her destination.

Upon realizing the woman wasn't a suspect or a person of interest, Sanford Police took her picture down from their Facebook page and are now actively looking for the new suspect.

Police think he may live in the area of Stebbins and Whichers Mills roads as he was on foot.

The department also urges "citizens who might be victims of this type of fraud to use caution and skepticism if asked to help someone in this capacity as you might unknowingly be victimized and a suspect in a crime," a department press release on Sunday noted.

Sanford Police were not immediately available today for further comment.