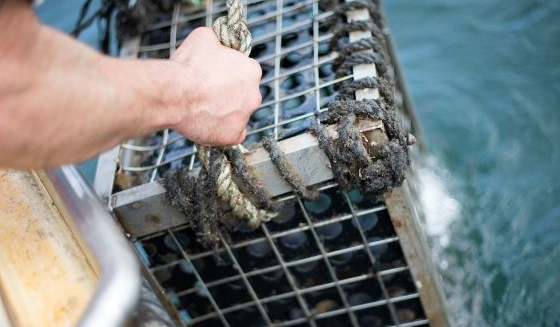 Officials say John Foster falsely assured a company that lobster was being shipped and induced the customer to send him over $100,000. (Courtesy photo)

According to court documents and statements made in court, from 2014 to sometime in May of 2018, John Foster owned multiple such LLCs which he used in his scheme. In each case, he defrauded victims to obtain money that he claimed would be used for business projects, but actually used the money for his own personal benefit.

In 2018, Foster owned J.O. Foods, a company that facilitated the purchase and shipment of food to foreign countries. He agreed to send several thousand pounds of lobster to Vietnam from where a customer had agreed to pay J.O Foods a total of $145,500 for the lobster delivery.

Foster falsely assured the company that the lobster was being shipped and induced the customer to send him over $100,000.

Earlier in 2014, Foster owned JM Application, Design and Technologies, LLC, which purportedly developed and sold mobile computer applications. Foster used false representations to persuade seven individuals to invest $250,000 in the business and falsely claimed that the money was being used to further business development when Foster actually used the money for his personal benefit.

In 2015, Foster promised to investors that he would develop an app called "Rocket Dog" to assist a business, convincing an individual to invest more than $156,000 to develop the app. During the next several months, Foster provided misleading information and material about the development of the Rocket Dog app and used most of the money for personal expenses.

Also in 2015, Foster offered to create an app for another business and falsely claimed to have secured a patent for the app. He used false representations to persuade individuals to provide over $120,000 that he falsely claimed would be used to develop the app while using most of the money for his personal benefit.

Foster, who has been detained pending sentencing, is scheduled to be sentenced on April 13.

"White collar crimes deprive victims of their hard-earned money," said Murray. "Those who engage in fraud schemes should be aware that they will be caught, arrested, and prosecuted. We will work with the FBI and all of our law enforcement partners to seek justice on behalf of their victims."

"John Foster finally accepted responsibility for running a variety of scams behind the mask of a legit entrepreneur, designed to reel in more than a half-million dollars from multiple investors and one overseas company. As we too often see, he spent most of that money on himself," said Joseph R. Bonavolonta, Special Agent in Charge of the FBI Boston Division. "Rest assured, the FBI will make it our business to bring to justice those like him who take advantage of others and profit from their trust."