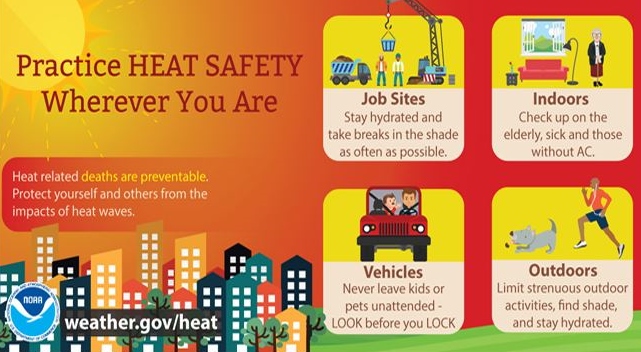 The first heat wave of the summer is expected to begin on Friday, and while that day's forecasted high is 87 degrees - three degrees less than the minimum temp to qualify as part of a heat wave metric - high humidity will make it feel like 95.

But a potentially deadly scorcher comes Saturday, when the temps will hit 98, but it'll feel like a whopping 107.

The heat wave finishes on Sunday with a high of 90 and a heat index of 102.

Derek Schroeter, a meteorologist with the National Weather Service in Gray, Maine, told The Rochester Voice today they are actually forecasting a heat index in Rochester of 115, a number that he has never seen on the books before.

Schroeter said the only savior could be some passing thunderstorm, which would cool things down considerably. The chance of a thunderstorm is put at around 25 percent, but the likelihood of any storms won't materialize till around 7 p.m., Schroeter said.

Schroeter added that utility grids around New England had been in touch with the NWS regarding the potential for high temps and high heat indexes.

Meanwhile, Rochester City Manager Blaine Cox said officials will be keeping an eye on the rising temperatures over the weekend with the city's library and City Council chambers both available as cooling center options.

This is a developing story and will be updated.