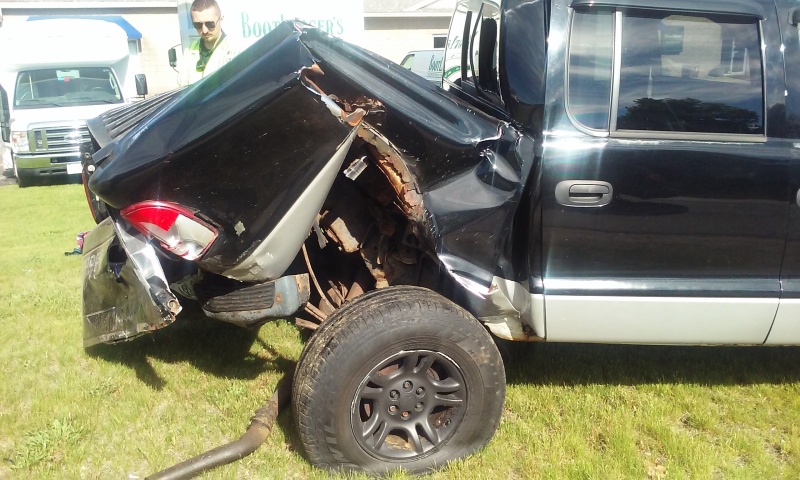 ROCHESTER - A young expectant mother from Rochester was slightly injured Sunday when police say her car rear-ended another vehicle.

The accident occurred around 8:30 a.m. when a black Dodge Ram pickup truck operated by Crespo Rivera, 28, of Manchester was stopped northbound on Gonic road and about to make a left turn onto Gear Road when a 2015 Nissan Sentra driven by Kiri Conneely, 20, of Rochester hit the back of his truck.

As a result of the collision, Conneely was transported to Wentworth-Douglass Hospital as a precaution with injuries received due to her seat belt, police said.

Both vehicles were towed from the scene.

This collision is still under investigation. Anyone with information on the investigation should contact Officer John Gantert at 330-7128.