Public hearing on Frisbie acquisition by HCA set for tonight at 6 p.m. 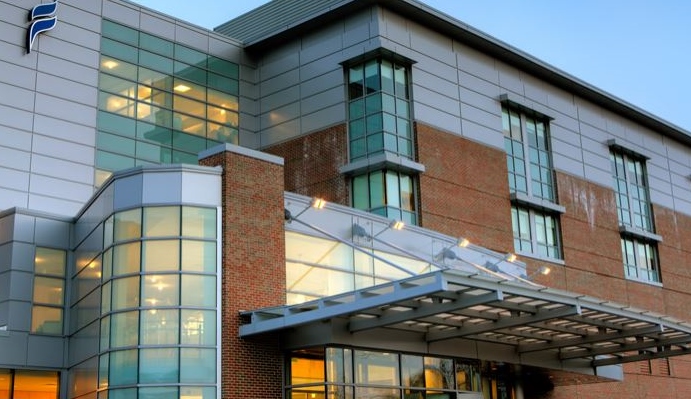 The public hearing runs from 4-6 p.m. and will be held at Spaulding High. (Courtesy photo)

ROCHESTER - It was just about a year ago that The Frisbie Memorial Hospital Board of Trustees announced it had entered into a Letter of Intent to explore the possibility of joining HCA Healthcare, Inc., a Nashville, Tenn.-based company founded 50 years ago.

Tonight the public will get its chance to weigh in on the $70 million acquisition that is expected to greatly benefit the healthcare provided by Frisbie and, in turn, the people of Rochester.

A component of the proposed agreement includes HCA Healthcare's investment in patient services and facility upgrades as well as the establishment of a foundation that would operate independently of the hospital and would be focused on the people who live in the greater Rochester community.

"We are extremely excited about the possibility of joining the HCA Healthcare family," Frisbie Memorial Hospital Board of Trustees Chair Brian Hughes said at the time the Letter of Intent was issued. "This collaboration would allow us to continue to build upon the outstanding quality of care that Frisbie Memorial Hospital is recognized for here in Rochester and throughout the region. HCA Healthcare offers advantages on a scale that would be difficult, if not impossible, to achieve otherwise."

"Community hospitals like ours must continue to innovate in order to meet the needs of the patients and families we serve," said Caple.

For-profit and nonprofit hospitals work in much the same way, industry analysts agree, with both having boards of trustees, CFOs and strict codes of conduct, an emphasis on best practices and quality care.

The addition of a separately managed foundation will further ensure that health matters important to the residents of the Greater Rochester area - like opioid addiction and mental health treatment - will be given greater emphasis.

The amount of money that might be vested in the foundation would likely be in the millions of dollars, said one source, who didn't want to disclose their name since they were not authorized to speak publicly about the proposed acquisition.

The hospital has seen its share of financial troubles in the recent past, including the costly implementation of electronic medical billing costs that the government mandated.

Tonight's public hearing will be hosted by the state's Charitable Trusts Unit and held at Spaulding High School from 4-6 p.m.

HCA Healthcare is one of the nation's most respected healthcare providers, operating 179 hospitals and 123 surgery centers in 20 states and in the United Kingdom. HCA Healthcare's hospitals in New Hampshire include Portsmouth Regional Hospital and Parkland Medical Center.

The Rochester Voice is urging as many as can to attend the public hearing to voice their questions and concerns.