Public urged to keep abreast by watching gov't meetings, but appetite isn't there yet 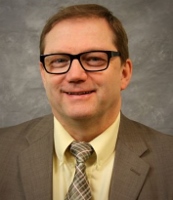 ROCHESTER - Rochester's City Manager is encouraging residents to take advantage of live and on-demand videos of Rochester's government meetings, especially now as the city's annual budget is being crafted, but recent numbers show the public has little appetite for such viewing.

Many government meetings are covered and streamed live online by the Rochester Government Channel. The meetings are also archived and available at all times for citizens who want to catch up on government developments. Additionally, meetings are televised on Atlantic Broadband (formerly Metrocast) channel 26.

"With the city working toward finalizing a budget for the coming year, I hope our residents will take advantage of the opportunity to remain engaged with their community and the budget process," City Manager Blain Cox said on Friday. "Doing so has never been easier, since residents can keep tabs on a number of important meetings from any one of their devices."

Numbers at City Hall, however, show that the videos not commanding high ratings. In the past three City Council meetings an average of 234 views were recorded out of a city with a population of more than 30,000, or less than 1 percent of city residents.

The videos are easy enough to find and can be accessed by following the link on the left hand side of the city's website homepage at rochesternh.net.

The Rochester Government Channel added live streaming capabilities to its online presence in 2017.