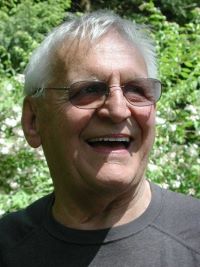 ROCHESTER - Raymond John Turner died unexpectedly Thursday afternoon, Nov. 5, 2020 at his home in Rochester.
He was born in 1938 in Haverhill, Mass., to Rose Anna Cuneo Turner and Charles Francis Turner. He served four years in the Coast Guard after graduation from Haverhill High School. Ignoring the advice of Father Moynihan at Merrimack College, Raymond married Esther Thompson of Topsfield, Mass. in 1962 and had a 58-year marriage full of outdoor life and adventure.
Raymond established Maine Foster Parents Association and was an advocate for foster parents and for the children in their care. He and Esther fostered several children while raising their own family of four in Auburn, Maine. He served on the Auburn School Board and was active as a volunteer in his community. He took education seriously and continued his own education throughout his life, earning a graduate degree in mid-life.
Raymond and Esther moved to New Hampshire to be near their grandchildren as they were growing up. He had worked for many years as a manager at General Electric Company in Auburn, Maine, and ended his career in manufacturing working at Cabletron Systems in Rochester.
His life's goal was to make someone laugh every day, a goal in which he succeeded, including his very last day.
Raymond is survived by his spouse Esther, sister Kathleen Turner Seastrand and spouse Kurt of Exeter, brother Stephen Turner and spouse Gail O'Connor Turner of Haverhill, brother-in-law Philip Gardella of Haverhill, sister-in-law Louise Thompson Bouchard of Boxford, son Raymond and spouse Robin Hollingshead Turner of Rochester, son Aonghas St-Hilaire Turner of Upper Marlboro, Md., daughter Karen Turner and partner Leah Burbank of Pittsfield, daughter Emily Turner and partner Davey Dyer of Auburn, Maine, grandsons Christopher Turner of Rochester and Nikhil Turner of Concord, granddaughters Misti Cloutier Oliveira of Sabattus, Maine and Amber Cloutier Roy and spouse Timothy of Barrington, N.H., great-grandchildren Madalyn and Jacoby Oliveira of Sabattus and Turner and Pierson Roy of Barrington, nieces and nephews in Massachusetts, New Hampshire, and Maine.
Raymond was predeceased by two sisters, Frances Turner O'Neil and spouse Robert and Monica Turner Gardella, and by his brother Charles Turner and spouse Evelyn Lefebvre Turner, all of Haverhill.