Recall petition against selectboard chair expected to be discussed Thursday 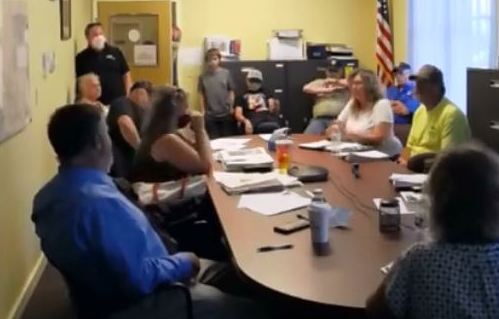 LEBANON, Maine - Lebanon's Town Clerk is expected to present a petition to selectmen on Thursday that seeks the recall of the board's chairman.

The petition drive to recall Selectboard Chair Chuck Russell was organized by former state rep and selectwoman Karen Gerrish, who announced that the petition had the required number of town resident signatures during a Loom platform video on Sunday.

In the four and a half minute video Gerrish refers to Russell's "excessive town spending" and "lack of decorum" at selectmen's meeting as well as his "blatant personal agenda."

After the certified petition is delivered on Thursday selectmen have 10 days in which to schedule a secret ballot vote on whether to approve a recall vote.

If they vote against it, the town's Recall Ordinance states the Town Clerk is then required to schedule a vote within 45 days.

It is likely selectmen will allow it to be on the Nov. 3 ballot, since that would save the town any extra expense.

It will be Lebanon's first-ever recall vote.

Gerrish's video can be viewed here.