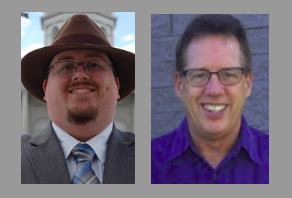 Harrison deBree, left, and Timothy Fontneau will have their recount Thursday in Concord. (Courtesy photos)

CONCORD - A recount to decide who will represent Rochester's District 7 in the New Hampshire House will take place on Thursday in Concord.

The recount request was made by Republican candidate Harrison deBree after he lost narrowly to Democrat Timothy Fontneau, 1408-1398 on Tuesday.

DeBree actually thought he'd won on Election Day 1385-1384 but an additional 37 ballots were found prior to closing out the vote, deBree posted on his official Facebook page on Wednesday morning.

The recount will take place at 2 p.m. with two teams working to count the ballots.

Both sides are allowed to observe the count, with one observer allowed per team.

District 7 represents the voters of Ward 1.