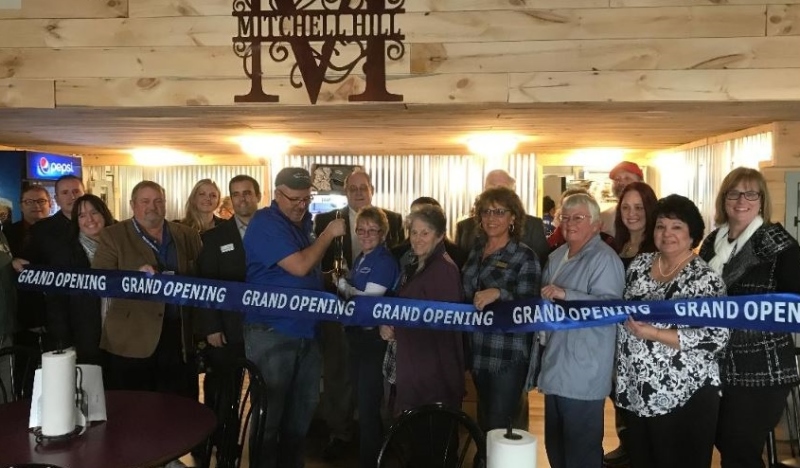 ROCHESTER - Barbecue lovers across the Northern Seacoast already knew it, but Mitchell Hill BBQ and Brew made it official on Friday with a ribbon cutting at their newly opened downtown restaurant.

"We are so wicked happy," said Roxanne Benoit moments after she and her husband, Bob, snipped the blue "Grand Opening" ribbon during a Rochester Chamber of Commerce ceremony at the restaurant shortly before it opened for business.

Mitchell Hill BBQ opened on Wednesday but held its grand opening on Friday, with overwhelming crowds pouring into the eatery to sample some of the restaurant's delicious barbecue.

Social media posts from patrons noted that they were delighted with Bob Benoit's barbecue offerings, and a Facebook post from the restaurant today put out a call for more waitstaff for any of those seeking employment.

Roxanne Benoit said getting the restaurant up and running the past few weeks has been a Herculean task and thanked many of the Benoits' close friends, family and Elks members who helped in the effort.