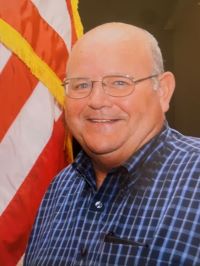 He was born in Marblehead, Mass., on May 1, 1949, to the late Fred and Helen (Pratt) Hinch. He was raised and educated in Marblehead, graduating from Marblehead High School and from Salem State University.

Dick was a man who dedicated his life in service to others. Whether as a Navy veteran, politician, or charitable advocate, his was a life dedicated to making things better for others. He was a strong supporter of the Nashua Soup Kitchen, Children of Fallen Patriots, and numerous other charitable organizations.

Dick was recently elected Speaker of the House in New Hampshire. His final words as Speaker reflect his true character. "We may have different ideas, but we all want to do what we believe is right, and there is nothing political or partisan about that".

He was a loving husband of 36 years to Patricia Hinch, father to James "Jay" Hinch, Kelly Snow and her husband Jesse Snow. He was looking forward with pride to the arrival of his first grandchild this spring. He loved Sundays at the beach, breakfast at the Village Eatery, and a well-deserved bowl of chocolate ice cream at the end of the day.

He is predeceased by his parents Fred and Helen Hinch, his brother John "Jack" Hinch, and his brother- in-law Cal Hamson. Survived by his wife Patricia (Linihan) Hinch, his siblings Barbara Hinch Sommers, Freda Hamson, Robert Hinch and his wife Marilyn. His mother in law Miriam Linihan, and his in laws Rose Denucci, Kathy & Paul Giammarinaro, Peggy & Doug Landry, Mary & Larry Rufo, and Nancy Zagami. Also survived by many loving nieces and nephews.