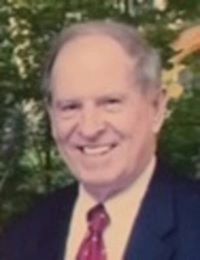 DOVER - Richard M. Flynn, 93, of Dover, died on Dec. 19, 2021, at Spring Village in Dover following a period of declining health. Dick was born in Dover on February 16, 1928, the son of Daniel and Alice (Grenier) Flynn and lived in Dover his entire life.

Dick attended Dover High School and graduated in 1946. He served in the Navy during World War II and afterward began a career in law enforcement. He began as a patrolman in the Dover Police Department in 1949 and worked his way through the ranks. He became Chief of Police in Dover in 1959. After serving as Chief for 13 years, he was appointed Commissioner of Public Safety for the State of NH. He served as Commissioner for 35 years and retired in 2007.

Dick was involved in many organizations over the years. He was Past President of the Dover Rotary Club, the New Hampshire Police Officers Association, New Hampshire Chiefs of Police and New England Chiefs of Police. He was also involved with many motor vehicle organizations and public safety agencies over the years. He was active in the Knights of Columbus and was past Grand Knight of the Dover City Council #807.

Dick was a caring individual who always asked people how he could help them. He was a wonderful husband, father and grandfather. He loved sharing stories of growing up in Dover.