Rochester, city's finest get their fill of Chick-fil-A during 'Thank a Cop day' 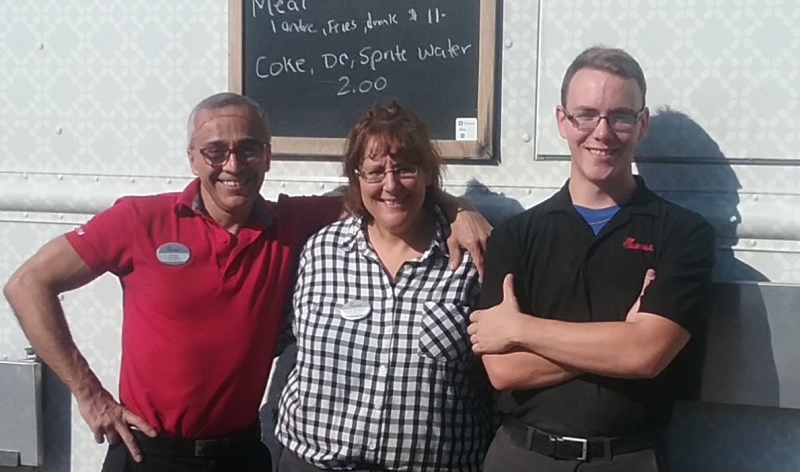 ROCHESTER - The bodacious bovine spokescow for Chick-fil-A is forever urging folks to "Eat more chicken," and so it was no surprise that Rochester residents went on a "stampede" Friday to gobble up nearly 600 meals served out of the chicken franchise food truck at 120 Washington Street.

The 27-foot Chick-fil-A truck was in town as part of the "Paint the City Blue" and National Thank a Police Officer Day and was sponsored by Groen Construction and other businesses located at 120 Washington St.

As part of the public's salute to local police, the effort provided free lunch to about 50 on-duty officers.

Food truck manager John Haddad said they were scheduled to be there from 11 a.m. to 3 p.m. and that a little before 3 they were totally sold out, meaning about 550 meals were sold to the public.

Haddad said those who showed up said everything was fantastic except for the line which stretched through the parking lot.

Haddad said everything is made from scratch in the 27-foot truck, which serves as a kind of testing vehicle to calibrate regional appetites for Chick-fil-A. He said right now Nashua is the only city in New Hampshire that boasts a Chick-fil-A. There is one in Maine, in Bangor, while Massachusetts has about a dozen. He said he's based in Westborough, Mass.

Haddad said the franchise currently looks to open two new stores a year in the Northeast.

One lucky customer who got one of the last three sandwiches said the chicken was hot and juicy with a nice marinade.