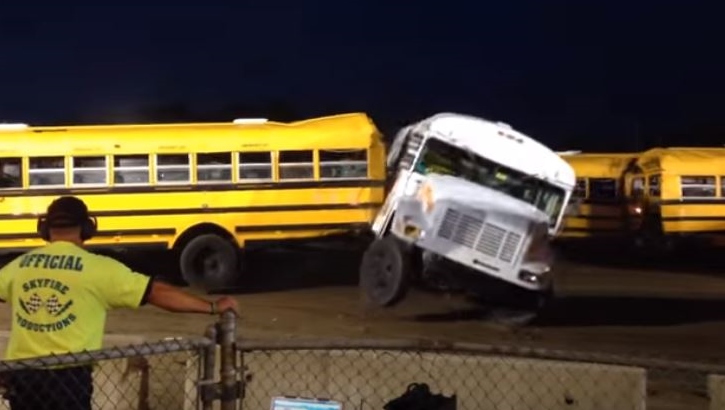 The bus demo derby will be back and monster trucks return for next month's Rochester Fair. (Courtesy image)

ROCHESTER - What a difference a year makes.

Last year at this time Rochester Fair officials were scrambling to meet city deadlines for safety improvements to both the grandstand and Exhibition Hall, barely getting necessary repairs and modifications done in time for its September start.

This year - under the careful watch of Rochester Fair board members and Rochester Fair Association Director Nancy Gilbert - all that has turned around with both facilities already having a green light from city officials.

"We're copasetic with all of that," Gilbert said on Friday. "We're all set with Rochester Fire and Police and in good standing with the city. We're working very hard with them, and it's paid off."

Due to the uncertainty of the Exhibition Hall being allowed to open for last year's fair, the number of vendors inside the historic building was down, but Gilbert is optimistic this year will see a rebound.

"We're doing better (with vendors), but hoping that more will come on board," she said, adding that indoor and outdoor space is available for vendors of all types, including food trucks and booths.

Meanwhile, some of the major attractions for this year's fair will include monster trucks and bus demo derby, log rolling demonstrations and a ventriloquist.

A crowd favorite that premiered last year, the Miss Rochester Fair contest, will also be returning as will the circus.

Gilbert said that submissions for juried arts and crafts that are displayed in the Exhibition Hall are strong this year, especially in photography which has drawn a lot of interest.

Fair sponsorships are also way up, she added.

For information on being a vendor or sponsor contact the fair at rochesterfair@metrocast.net or 603.332.6585.