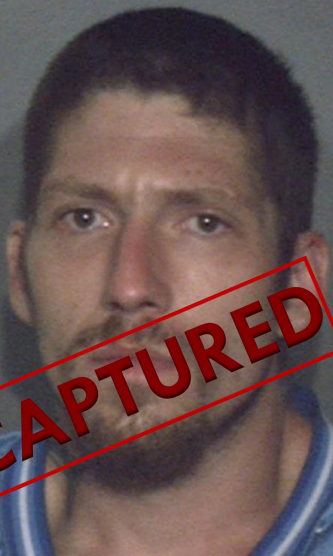 ROCHESTER - A Rochester man wanted on bail violations stemming from firearm and theft charges will be before a Strafford Superior Court judge today after his arrest in Rochester by State Police on Wednesday.

Mathew Eric Nuernberg was arrested by the New Hampshire State Police the same day he was featured as this week's Fugitive of the Week by the U.S. Marshals Fugitive Task Force.

Nuernberg, 27, was located by a State Trooper on Whitehouse Road, who first observed a male dressed in purple riding a bike towing a wagon. The male riding in the wagon was known by the trooper to have an outstanding Somersworth Police Department warrant and was arrested without incident. During further investigation the trooper requested the bike rider's name and was provided a false name, according to a U.S. Marshal's press release sent out Monday.

This male was eventually identified using his tattoos as Nuernberg, who was taken to Strafford County Jail for processing and holding pending a court appearance regarding his bail violations in the Strafford County Superior Court.

"Law enforcement is truly a group effort, it takes help from the public, the media, along with the men and women of law enforcement," said U.S. Marshal Nick Willard. "We are grateful to everyone that continues to support law enforcement and their efforts to keep the public safe."