Rochester is playing fast and loose with our money: time to tighten the screws 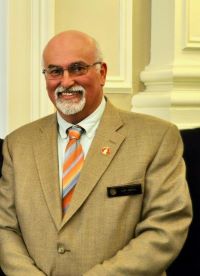 Editor's note: This is an amended oped of one published on Monday. It has been amended to delete any reference to state statute. Instead it is based solely on Rochester's City Charter.

In my humble opinion when government acts fast and loose with our laws and our money, once placed under scrutiny, there is a mad scramble to justify its actions. Is this happening in Rochester? For a few years now, budgets have been incomplete, and lacking fiscal accuracy and accountability. Supplemental appropriation after supplemental appropriation (some requiring bonding) have been the norm here to fill in the omissions in passed budgets required by law.
Example; The City Charter Section 40 Budget Procedure states the following: At such time as the City Manager requests, or the Administrative Code specifies, each officer or director of a department shall submit an itemized estimate of the expenditures for the next fiscal year for the departments or activities under his control. The City Manager shall submit the proposed budget to the City Council at least 60 days before the start of the fiscal year of the budget.
Why are we having to do millions in supplemental appropriations that weren't included in our budget and required by city charter law? Was it to keep the budget artificially low to keep spending under our tax cap? If not, why weren't these additional expenditures, already more than $5 million 31 days into this fiscal year, in the budget? Is it ineptitude? Are the wrong people in charge of our affairs and our money?
Me thinks these actions do not pass the smell test.
Another troubling issue. How can the city council vote to buy land and allow for a purchase and sale agreement without first voting an appropriation for the amount needed? The City Charter Section 44 states the following: After the budget has been adopted, no money shall be drawn from the treasury of the City, nor shall any obligation for the expenditure of money be incurred except pursuant to a budget appropriation unless there shall be a specific appropriation specifying the source from which the funds shall come.

Seems pretty clear to me that you can't spend money if there is no appropriation. Could they agree to move forward with a P&S agreement to buy land? Probably, if there was a stipulation in the P&S stating "Pending appropriation by the city council" or something like that. But money, not in the budget cannot be appropriated without a public hearing and THEN a vote by the city council.

Another stinky deal. What is going on in Rochester and how do we fix it? A good start would be to obey the laws and city charter as written and stop interpreting them as you wish, (including adding words that are not in statute to get your desired outcome.) Let the sunshine in on procedures and policies so that they can be more apt to withstand scrutiny. A small step to bring a breath of "fresh air" to the polluted, stagnant, and stinky fiscal policies currently being applied, enforced, and blessed by a majority of our elected city councilors. Stop and take a deep breath...if you can stand the smell.

Cliff Newton is the state rep for Strafford District 9. He is a longtime Rochester resident.