Rochester man arrested in tasing of dog as 'discipline' 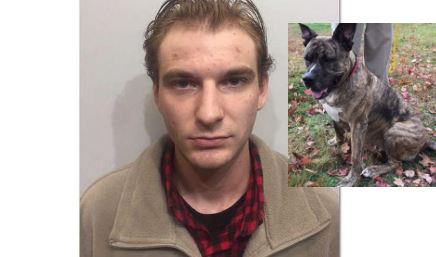 ROCHESTER - A Rochester man is facing animal cruelty and simple assault charges after police say he tased his dog twice earlier this month.

Gage White, 22, of 105 Whitehouse Road, Apt. #36, turned himself into police on Monday upon learning of the arrest warrant.

Officers immediately noticed that Cario was fearful around her owner, putting "her tail between her legs," Thomas said.

The dog was immediately seized and taken to the Rochester Veterinary Clinic in Gonic where it was checked out and deemed to be OK physically.

Meanwhile, White has signed a voluntary surrender, which means even if he is found not guilty on all charges, he will not get his dog back, Thomas added.

Cario is expected to be turned over to the Cocheco Valley Humane Society on Friday where she will likely subsequently be put up for adoption.

All three charges are Misdemeanor B crimes, which carry no jail time but can bring a stiff fine.

The simple assault charge came after a neighbor who didn't witness the tasing of Cario came over and spoke to White, who allegedly put the taser on the 33-year-old neighbor's chest but didn't fire it, according to Thomas.

White was bailed on personal recognizance with a Nov. 27 arraignment date.