Rochester man being held on no bail in fatal shooting at Mass. hookah bar 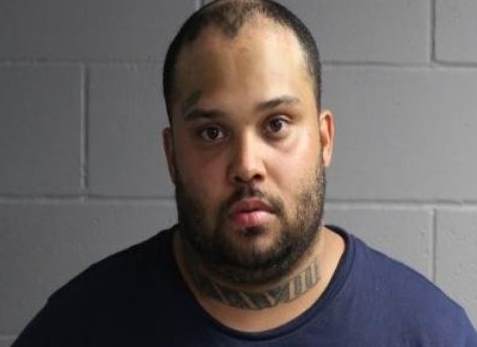 MALDEN, Mass. - A second man has been charged in a late-night melee outside an Everett hookah bar that claimed the life of an Everett man and led to the arrest of a Rochester, N.H., man charged in his fatal shooting.

Charles Demos, 29, was arrested on a fugitive from justice charge at his parent's residence in Seabrook on Sept. 22, a day after the shooting.

Police say Demos shot Jarrod Harris, 42, of Everett, twice in the back as he ran from him after the two became involved in an altercation while leaving the Karma Lounge. Harris died at Massachusetts General Hospital soon after the shooting.

On Wednesday David Landry, 30, of Everett, was arraigned on charges of assault with a deadly weapon, assault and battery and possession of a firearm without a license.

Police say the fist and knife fight turned deadly after Demos went to his car, retrieved a gun from his trunk and chased down Harris.

According to Everett police, the preliminary investigation shows Harris was leaving Karma Lounge with a woman when a physical altercation occurred involving the couple, Demos and several others.

After the shooting, Demos allegedly fled the scene in a vehicle later identified by police as a Volkswagen Passat registered to an individual in New Hampshire known to Demos. Witnesses told police they saw blood being cleaned from the car on Sunday, according to media reports.

Demos is currently being held on no bail at Middlesex County Jail in Billerica. His next court date will be Oct. 23 for a probable cause hearing in Malden District Court.

All court records regarding the case have been sealed, a Malden District Court clerk told The Rochester Voice today.

The Everett licensing board plans to meet tonight to have a public hearing regarding Karma, the Everett Independent reported. The lounge has come before the Board numerous times before and since opening last October. They have been cited for promoting DJ parties, having table bottle service, fights on premise, and police activity in front of the premises, the paper reported.