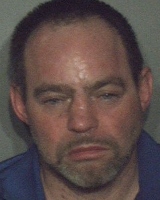 DOVER- A Rochester man facing up to 30 years in state prison after his arrest on fentanyl and amphetamine possession on back-to-back days last October escaped with no jail time in a plea deal with prosecutors.

Keith McConnell, 51, with a last known address of 372 Portland St., D, was sentenced on Tuesday to suspended 12-month concurrent sentences on both charges, with both suspensions lasting three years.

The ruling means the charges go away if he stays clean for the three years.

McConnell was indicted earlier this year after his Rochester arrest on Oct. 4 for possessing amphetamines and the following day in Dover for possessing fentanyl.

As part of the plea deal McConnell will have to participate in any counseling, treatment or educational programs as directed by his probation officer and continue treatment with his Suboxone clinic.

Two $350 fines included in the sentences were also suspended for three years.

Both Class A felonies McConnell faced carried a 7 and a half to 15 year prison sentence.