Rochester man gets four months in jail for tasing dog 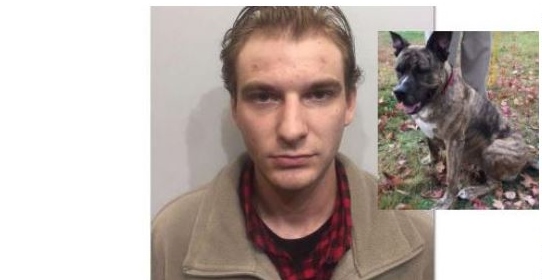 DOVER - A Rochester man who used a stun gun on his dog under the pretense of disciplining him was sentenced to four months in county jail on Monday during a bench trial in Rochester Circuit Court.

Gage White, 23, formerly of 105 Whitehouse Road, Lot 36, was found guilty of simple assault and cruelty to animals to his dog, Caria.

When officers arrived to investigate the incident, witnesses described seeing White use a stun gun to "discipline" the pooch, according to police.

Officers immediately noticed that Cario, a mastiff mix, was fearful around her owner, putting "her tail between her legs," leading to the dog being seized by police and sent to be evaluated at Rochester Veterinary Clinic, where she was deemed OK.

White was initially charged with Class B misdemeanors, which carry a large fine but no jail time, but prosecutors later upgraded charges to simple assault Class A, which carry up to a year in jail.

White also agreed to give up all rights to the dog, which was later put up for adoption at the Cocheco Valley Humane Society.

White is already serving a six-month sentence in Strafford County Jail after pleading guilty last month to simple assault and criminal trespass against a domestic partner in Rochester in November.

As part of the domestic violence plea, White will have to participate in all counseling, treatment and education program as directed by corrections personnel.