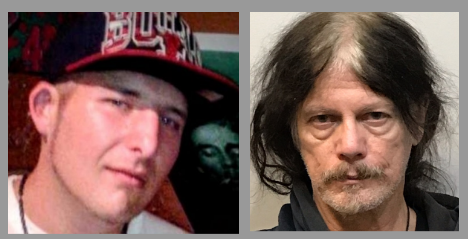 DOVER - A Rochester man will plead guilty today to negligent homicide in the death of 28-year-old Tyler Webber of Rochester, who was riding in the cargo area of a U-Haul truck when it crashed on Chestnut Hill Road Road in 2020.
Albert Crement, 63, of Olde Farm Lane, will spend a year in county jail for what Strafford County Attorney Tom Velardi called "a lapse of judgment" when he fell asleep behind the wheel and crashed into a tree on Aug. 22, 2020.
The crash occurred as Crement and a woman were moving some household goods and allowed Webber to ride in the cargo area, which is prohibited from passenger travel.
Crement will also plead guilty today to being a felon in possession of a handgun for taking a gun used by Jessica Purslow to take her own life inside her storage unit at Rochester Self Storage on Oct. 6, 2019. Crement noticed the storage unit was open, walked in, saw the gun and took it.
Crement was also accused of drug possession but that charge was nol prossed (not prosecuted).
Crement was facing up to 15 years in state prison after his indictment on negligent homicide charges in Webber's death.
At the time of his arrest on Dec. 9, 2020, Crement was also charged with driving after revocation/suspension, possession of controlled drugs and transporting drugs in a motor vehicle.

When police arrived at the accident scene in the area of Roger Allen Park around 12:50 p,m, they found the U-Haul truck off the northbound lane with heavy damage into a tree.
Webber, who was found in the rear nonpassenger cargo area of the U-Haul, was pronounced dead at the scene from blunt force trauma.
Police did not speculate on why Webber was in the cargo area, where passengers are prohibited.
"There was no window or door connecting the cab of the truck to the cargo area, and it did not appear he was moved there after the accident," Rochester Police Capt. Todd Pinkham said at the time of Crement's arrest.
A gofundme page set up to raise money for Webber's final expenses said, "Tyler was always full of respect and always saw the positive in all those around him and never passed judgment."
Velardi said Webber's family was in agreement with the sentence.