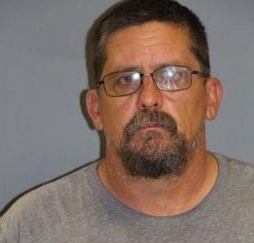 DOVER - A Rochester man has been indicted on 13 charges of sexual assault and rape of a female child for more than four years years, an alleged pattern of abuse that didn't end till Aug. 17, according to charging documents.

Ernest Brown, 53, allegedly began his pattern of abuse in June of 2015, performing various sexual acts on the victim, who was eight years old when the incidents are said to have begun.

Several of the indictments are based on alternative charges that don't specify a "pattern" of abuse, but the sentencing guidelines are the same on all 13: 10-30 years in state prison.

Brown is currently being held on no bail at the Strafford County House of Correction while awaiting trial, jail personnel confirmed today.

The Strafford County grand jury indictments were handed down on Nov. 14 and released on Wednesday.

An indictment is not an indication of guilt, rather that enough evidence has been gathered to warrant moving forward to trial.