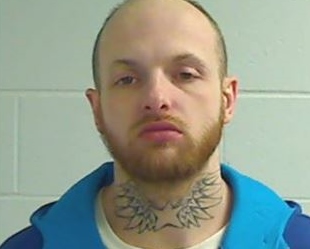 SOMERSWORTH - Police say a Rochester man walked into the Gulf Station/Nouria Store on Route 108 in Somersworth around 9:45 Thursday night, brandished a handgun and demanded money before fleeing with an undisclosed amount of cash.

As a result of a brief investigation and in cooperation with Rochester Police, Somersworth officers arrested Bruce C. True, 32, 105 Whitehouse Road, #76, Rochester.

True, who was charged with felony armed robbery, refused the services of a bail commissioner and was transported to the Strafford County House of Corrections where he is being held pending an arraignment later today in Strafford County Superior Court.

The investigation into this case continues, and anyone having information on this case is encouraged to call The Somersworth Police Department at 692-3131, or the Anonymous Crime Line at 692-9111.