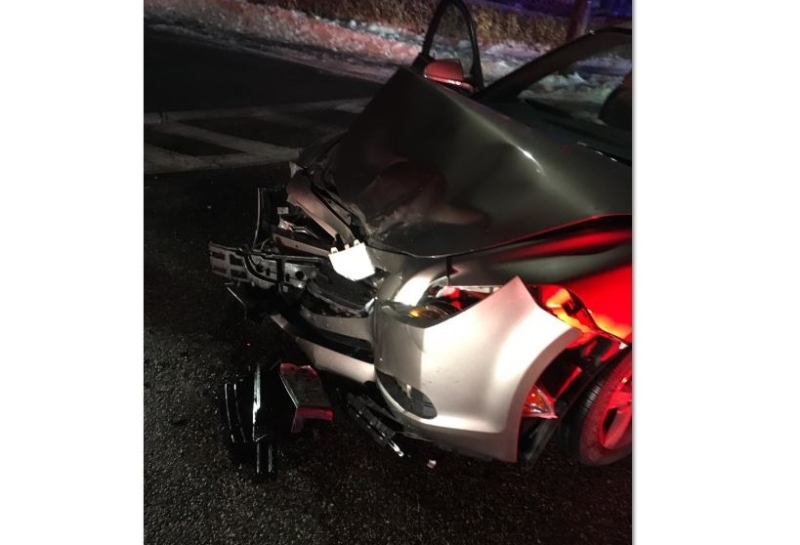 One of the cars that suffered front-end damage in a crash Christmas Eve. (Rochester Police photo)

ROCHESTER - A Rochester man was injured on Christmas Eve in a two-car collision in the downtown.

The crash occurred at the corner of Portland Avenue and Signal Street around 4:40 p.m. Police say Thomas Munroe, 49, of Rochester, was driving a Chevrolet Malibu south on Portland Street when he collided with a northbound Toyota FJC operated by Jason Mclaughlin, 30, of Rochester, who was turning left onto Signal Street.

Munroe was transported to Frisbie Memorial Hospital with what were described as nonlife threatening injuries.

While emergency crews were on scene Portland Street was shut down between Signal Street and Columbus Avenue. The case is still under investigation at this time. Anyone with information about this collision is asked to contact the Rochester Police Department at 603-330-7128.